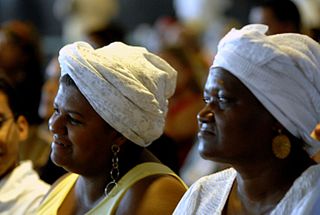 A quilombo is a Brazilian hinterland settlement founded by people of African origin, and others sometimes called Carabali. Most of the inhabitants of quilombos, called quilombolas, were maroons, a term for escaped slaves.